Of all the essays in the book Are We Born Racist?, about which I'm writing this series of posts, the one I wish everyone would read is child psychologist Allison Briscoe-Smith's "How to Talk with Kids about Race." (Here is a shorter version, as it originally appeared in "Greater Good" magazine under the title, "Rubbing Off"). 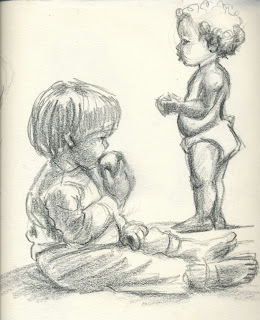 We can engage in all kinds of efforts to unlearn, reprogram, override and free our adult minds from the bias we've absorbed, but surely one of the most fruitful and effective applications of the new data about how prejudice is formed is to figure out how to prevent it from forming in our children's minds in the first place.

Briscoe-Smith's advice: Talk about race. She cites studies with babies and toddlers demonstrating that when presented with faces of people of a different race, they gaze longer at them, which is how young children process new information and "suggests that racial difference is salient to them." Various kinds of studies indicate that children of all races notice race much earlier than we think they do, and long before they have the language to voice their observations.

Here's why it's so important to talk about race with children:
1. Children do notice race, and sort people based on it, but without the judgment we adults ascribe to those divisions.
2. If we are silent, awkward or anxious about the issue of race, children begin to absorb our tension, the message that it's something to be avoided.
3. When we fail to give our children language for understanding the differences their brains are already processing, we limit their opportunities to build skills for connecting across race. 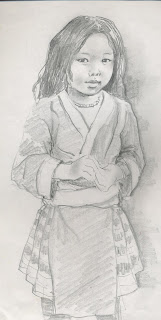 And the cycle repeats itself.

For those of us who were never given language to address race, and in fact taught that it was impolite, dangerous or wrong to address it, beginning those conversations with our children can be daunting. Briscoe-Smith suggests practicing with other adults to increase comfort with the subject.

It's worth the effort. First of all, it's good for us as adults. Briscoe-Smith's own research suggests that "children of parents who talked more about race were better able to identify racism when they saw it, and were also more likely to have positive views about ethnic minorities."

Best of all, talking about race can make a big impact in children's attitudes. "A study by Aboud and Anna Beth Doyle took 9-to-11-year-old children who held prejudiced attitudes toward ethnic minorities and placed them with other 9 to 11 year olds who held less biased beliefs. They asked the kids to talk for two minutes about some of the race-based beliefs they had endorsed earlier in the study. The results were remarkable: After these conversations, the high-prejudice kids demonstrated lower prejudice and more tolerance. Given this impact of a two-minute conversation with a peer, imagine what a childhood of conversations with parents could achieve."

Here's more on the topic:
"Talking About Race with Kids" on "Wild Thoughts from Uganda"
"See Baby Discriminate" from a 2009 Newsweek

Next posts, how to talk about race with children, and five picture books that might begin the discussion.
Posted by Anne Sibley O'Brien at 4:03 PM

Labels: Are We Born Racist, Race

There are some really great ideas in that chapter. I think it's so important for adults to get comfortable talking about race; but also really hard! Finding an online community or friends/colleagues that are willing to explore it with you is wonderful. I'm glad the blog Anti Racist Parent is mentioned. They changed the name now and it's loveisntenough.com

With kids I think it helps a lot to know it can be as simple as active listening; letting the child notice & wonder, without feeling the need to have any particular answer. Just a Hmmm, you noticed that? is enough sometimes.

I am really enjoying this book and your posts!

Thank you so much for undertaking this subject. I teach English at the French lycée in Washington DC where my group of first graders come from France, Belgium, Morocco, Senegal, Italy, Lebanon, Egypt, Ivory Coast, Mali, Tunisia, Mexico, Korea, Japan, the US… and more. The group is a wonderful bouquet of all colors. Your posts will surely encourage and enlighten me in the work I do with them.
Merci !

I gave out this blof address on a webinar geared to new TRA parents last night. I had fifteen minutes and needed an hour...