Race Talk with Young Kids: How to Start 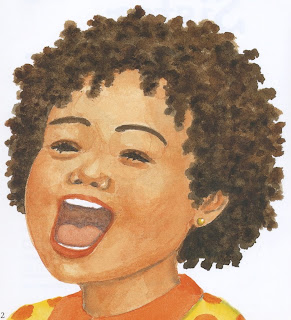 When our Korean-born daughter was four or five, one of her favorite adults was Hyo-Jung, a young Korean-American friend.

At some point during each visit with our daughter, Hyo-Jung would lift a strand of her glossy, straight black hair, then a similar strand of Yunhee's, and sing, "Same hair!" The game never failed to delight Yunhee and I'm sure helped forge a deep bond with this lovely woman who looked like her, as none of her immediate family members did.

Hyo-Jung was simply pointing out the obvious, in a relaxed, playful, affirming tone. For people who've been dealing with race every day of their lives, as many people of color do in the U.S., this might not be a difficult feat; it's an everyday topic.

But research shows that, by some counts, "75% of white families never or almost never talk about race with their children." Obviously, if statistics like that cover your experience, breaching the topic may not come out relaxed, playful, and affirming the first few times. But it's a good standard to reach for.

Here are some first steps for talking about race with very young children:

Start with the assumption that our children DO notice race. Just because they don't appear to based on what they say doesn't mean they're not categorizing. Many studies have documented that children - and even infants as young as four months - detect differences in skin color.

Where in the world did we get the idea that they don't see it? Children are natural sorters. They see, and we teach them, the "green car, pink pig, yellow flower, red ball, brown shirt ..." but all of a sudden when the color is on skin, it's invisible?

Of course, one of the reasons that children don't voice their observations is that the adults around them have given them implicit but clear messages that it's not to be talked about.

Include colors of skin and shapes of features in sorting games, as naturally as referring to the grass, the cat or the ball. Color identification, comparing and contrasting, alike and different ("Same hair!"). That's all that very young children are seeing. Those categorizations don't yet come with the charged complexity or value judgments that older people bring to the topic. 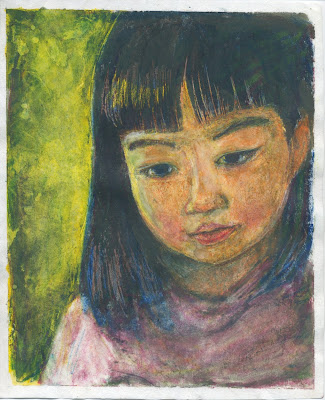 Tailor the conversation to children's ages and developmental stages. As with so many other topics, adjust the amount and type of information as children mature, and as needed in response to their questions and comments.

And, picture books are a great way to introduce the topic.

Next up, six titles that can start the conversation.

Further reading:
Here's a terrific short article, "5 Tips for Talking About Racism with Kids," including a Q&A with Dr. Beverly Tatum, president of Spelman College and author of Why Are All the Black Kids Sitting Together in the Cafeteria? And Other Conversations about Race, one of the nation's foremost authorities on racial identity development and race conversations. (My only quibble is that to accurately reflect the content of the piece, the title should say "Race," not "Racism." Talking about racism, though it can overlap, is another topic for another post.)
Posted by Anne Sibley O'Brien at 3:21 PM

So of course as always love your lists, your suggestions. And, just found out the Shades of People folks have a new book out called "I'm Adopted".