During my June trip to Korea, I was invited to be the subject of “The INNERview” on Arirang TV. The hour-long program, #71, aired the week of July 8.  It can be viewed on YouTube here.

Arirang TV (livestream here) broadcasts 24/7 news, culture and all things Korean, in English, for overseas Koreans and the English language community in South Korea. The INNERview includes a wide range of interesting subjects - Koreans, Korean Americans, and a few foreigners like me who've made deep connections with Korea.

Here are a few behind-the-scenes pictures of the taping: 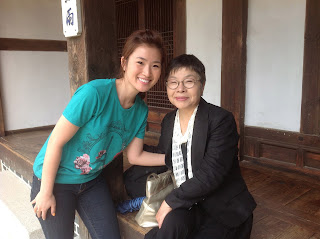 Kim Cha Ryung - or "Paige" - my liaison with Arirang TV, with my friend Yoo Myung Ja, who made the connection for me. 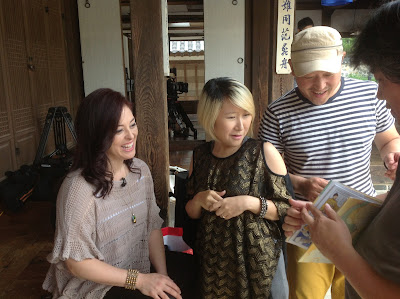 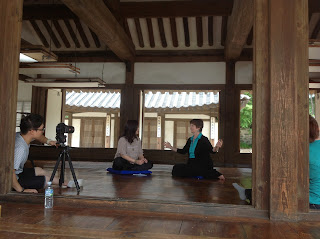 The shoot, in a traditional house at Nam-San-Gol Han-ok folk village in downtown Seoul 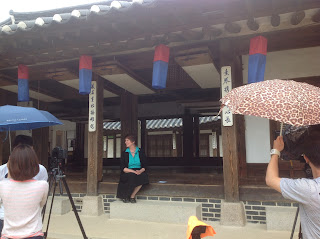 Umbrellas over the cameras during a rain shower.

The entire experience was an honor and a delight and I'm very pleased with the program that Arirang produced.
Posted by Anne Sibley O'Brien at 2:48 PM