My latest essay for KoreanAmericanStory, "Homecoming," is an account of our June trip to Korea and a retrospective of our family's life there: 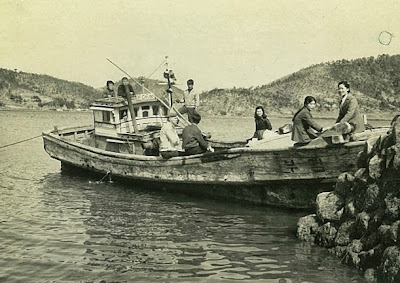 "Kojedo in the late 1960s - especially the northern township of Ha-chung which issued the invitation to the Project to use it as a demonstration site - was one of the poorest areas of South Korea, a place of fierce beauty and physical challenge. When we arrived in 1969 at the Project site (a 7-acre peninsula), there were no paved roads, no telephones and no electricity. We lived the first summer in tents while constructing clinic buildings, staff homes and dormitories of adobe-like bricks, which were occupied by autumn. Heated floors and heavy quilts kept us toasty while sleeping in winter, but the air was sometimes so cold that water in a glass on my parents' dresser would freeze overnight. 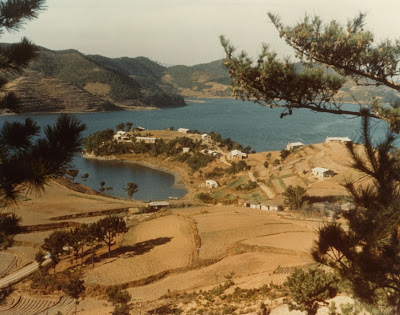 "Forty years later, the island is a poster child for the economic miracle that transformed the nation, boasting Korea's highest per capita income. The host committee - Baik Hospital, the city of Geoje, and former staff members - puts us up in a gleaming resort hotel on a hillside over a bay, our rooms overlooking one of the shipyards that are the source of much of Kojedo's current prosperity." 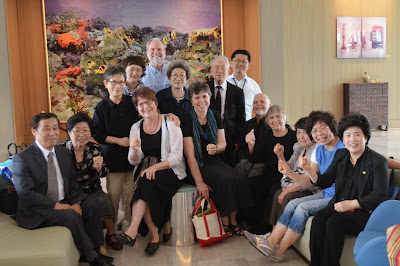