An artist friend, Jo Israelson, has been working for months on an art installation called, "Welcoming the Stranger: Building Understanding Through Community-Based Art," here in Portland, Maine. The exhibit highlights the treatment of immigrants in Portland during the 1920’s with their treatment today. Several events included in the two-month-long calendar of "Welcoming the Stranger" feature my just-released book about immigrant children, I'm New Here. 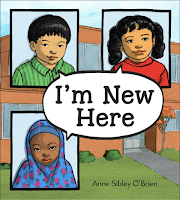 Tonight was Jo's opening at the Jewish Museum in Portland. At her suggestion I brought a few copies of the book to sell. While paging through the book, one attendee noticed a detail in the second illustration: The  poster on the wall had today's date: Thursday, September 3. 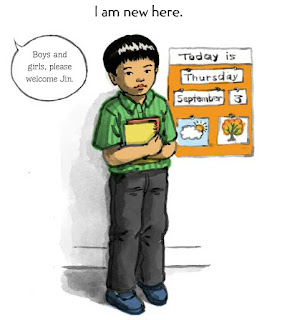 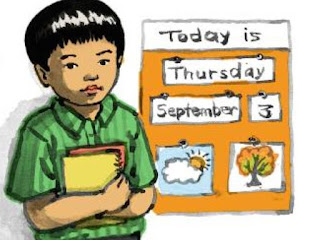 I don't recall if when I made the illustration more than a year ago, I checked to see what day September 3 would fall on in 2015. I certainly had no idea at the time that the date I chose would end up being the first public event after the book's release!

Love it! how nice that someone noticed and pointed it out to you ;)

Thanks, Meredith. It felt pretty special.