March was a busy month. I spent two weeks in Southeast Asia presenting in international schools. First stop was Bangkok. I had a day and a half to recover from jet lag and see a few of the sights, including the gorgeous Buddhist temple, Wat Po, 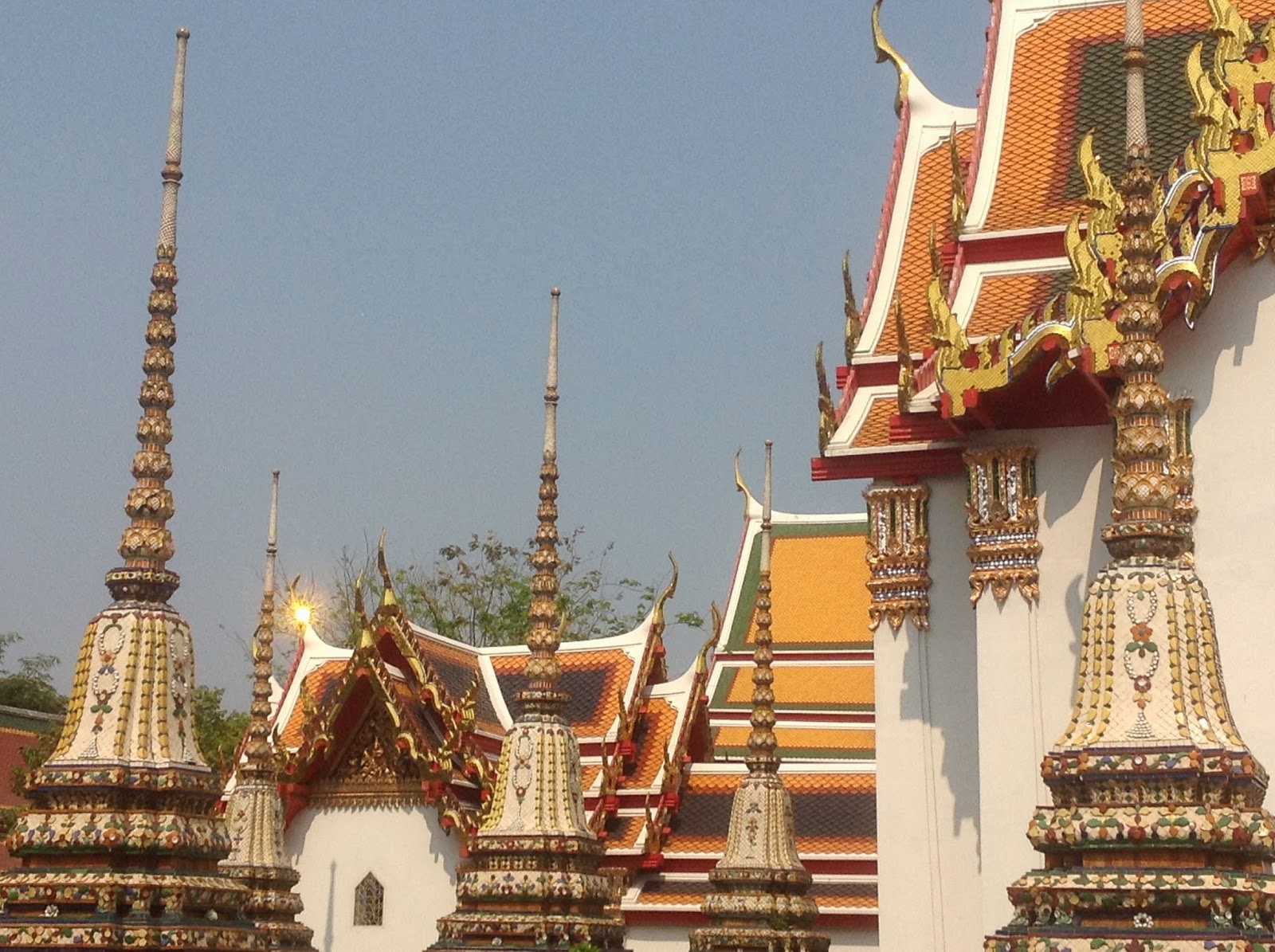 where I met some fascinating characters: 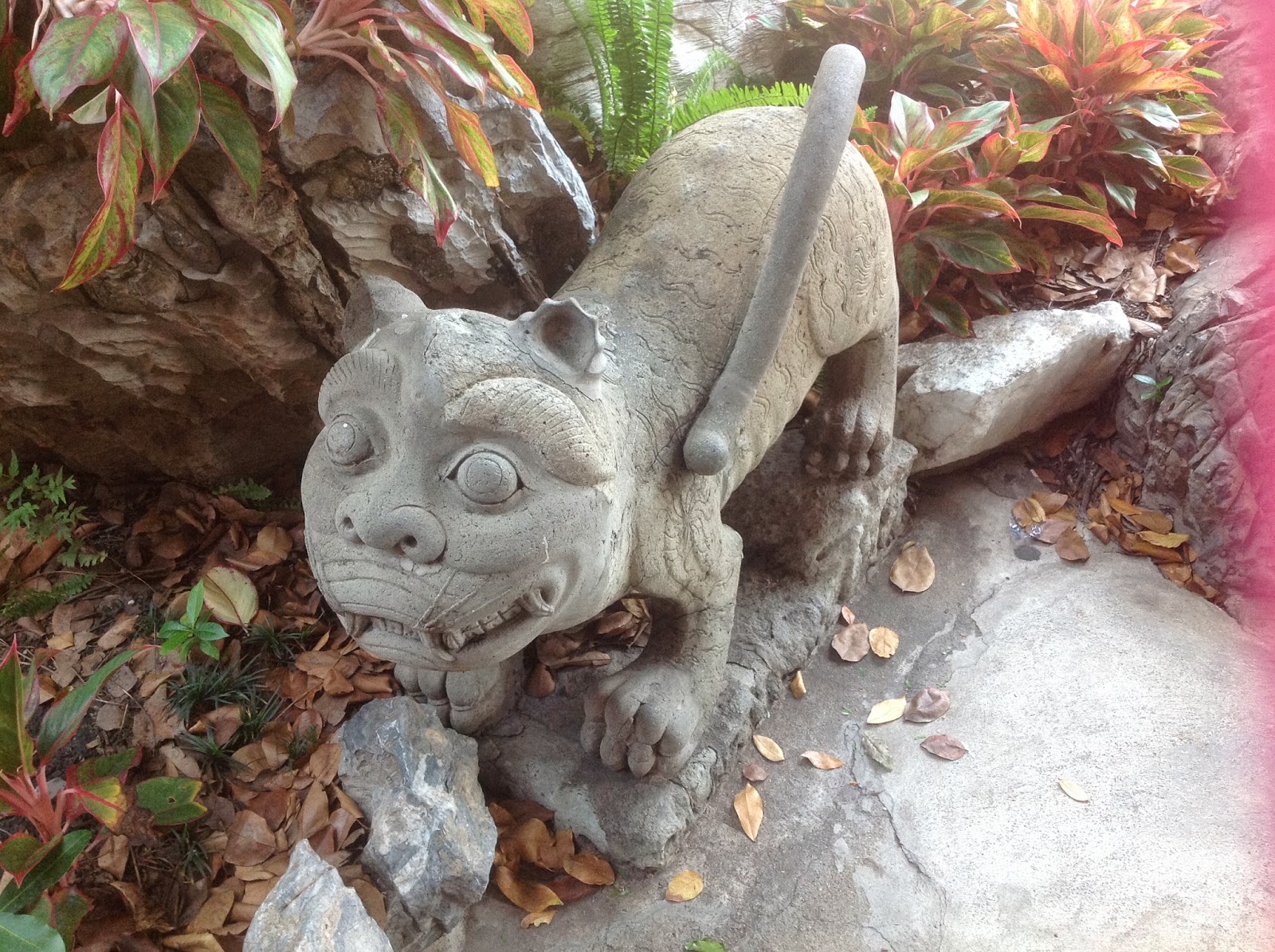 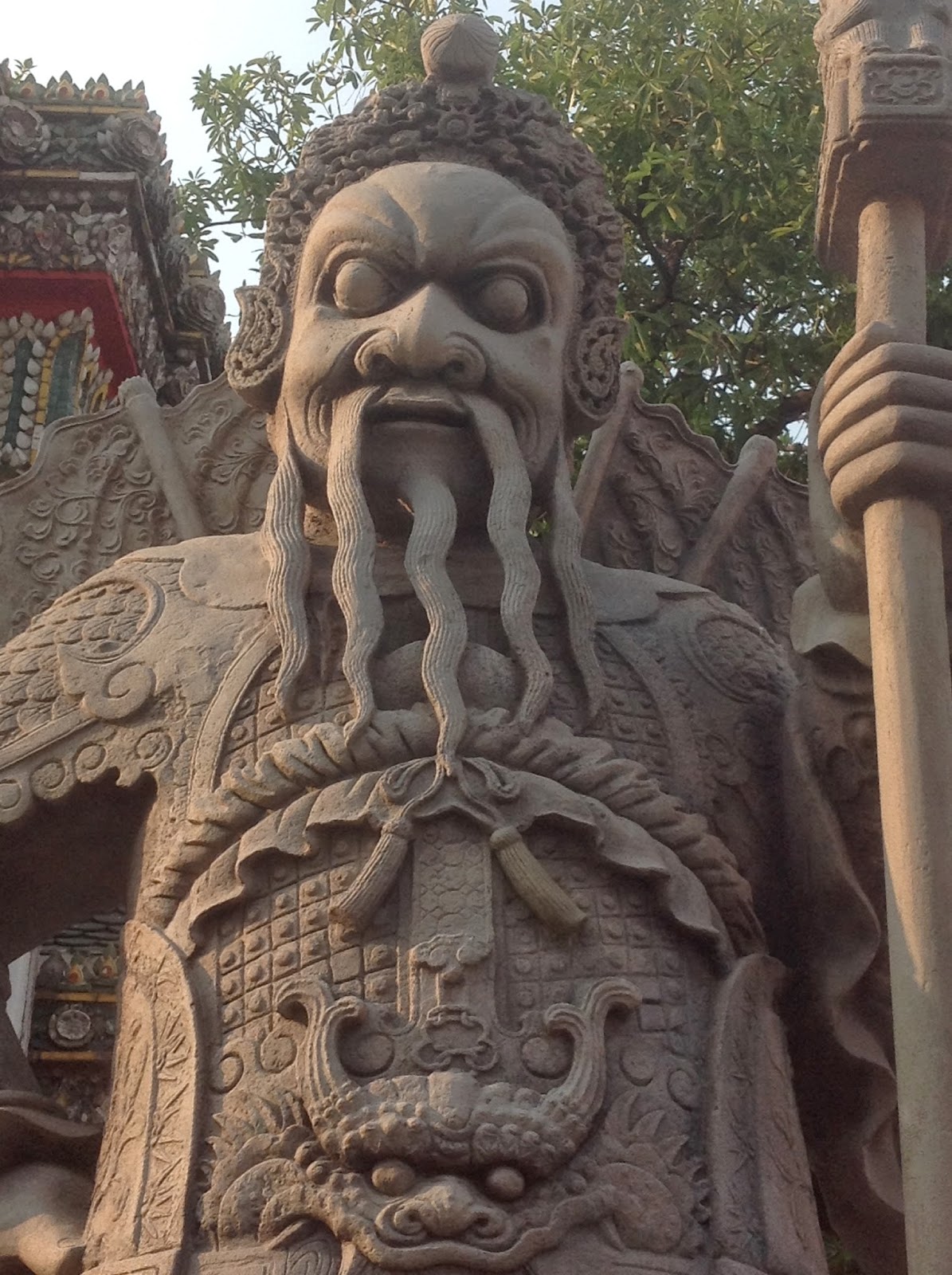 One of the most amazing things about being in Thailand was that it was not winter. 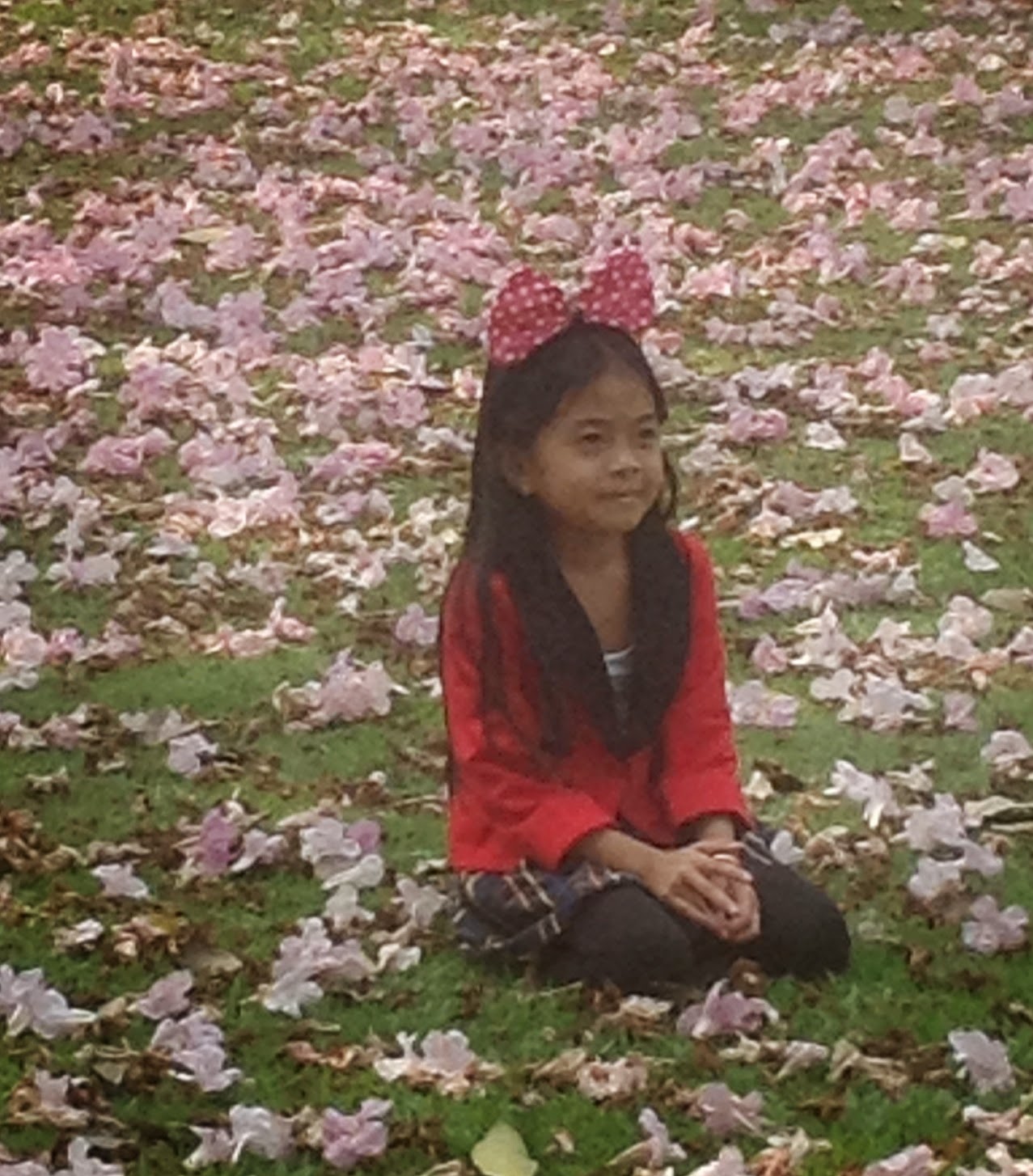 March 11 and 12 I visited the beautiful Concordian International School, a tri-lingual (English, Thai and Mandarin) institution for Thai-Chinese students. At the request of librarian Erin Sieck, who wanted to make the connection with the school's mission to create global citizens, I began with a presentation to parents of my "Mirrors and Lenses" talk on using children's books to spark conversations about race. It was a fascinating exercise to translate the American point of view into something that had resonance for these Thai, Chinese and Korean parents seeking to help their children build positive ethnic identities. 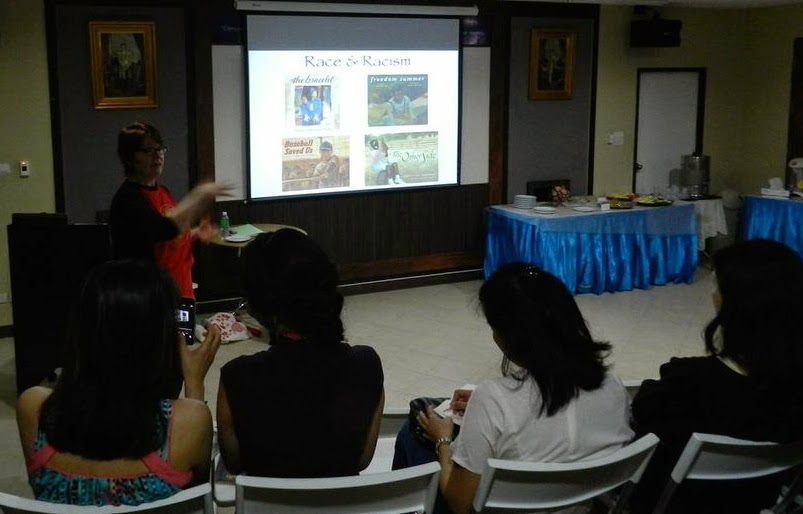 The response of parents who stayed to talk to me afterwards demonstrated that the discussion of majority vs. minority racial identities had significant applications in Thailand as well as in the U.S.
In sessions with middle schoolers, I presented titles chosen by teachers for each grade, After Gandhi, Africa is Not a Country, and my graphic novel, The Legend of Hong Kil Dong... 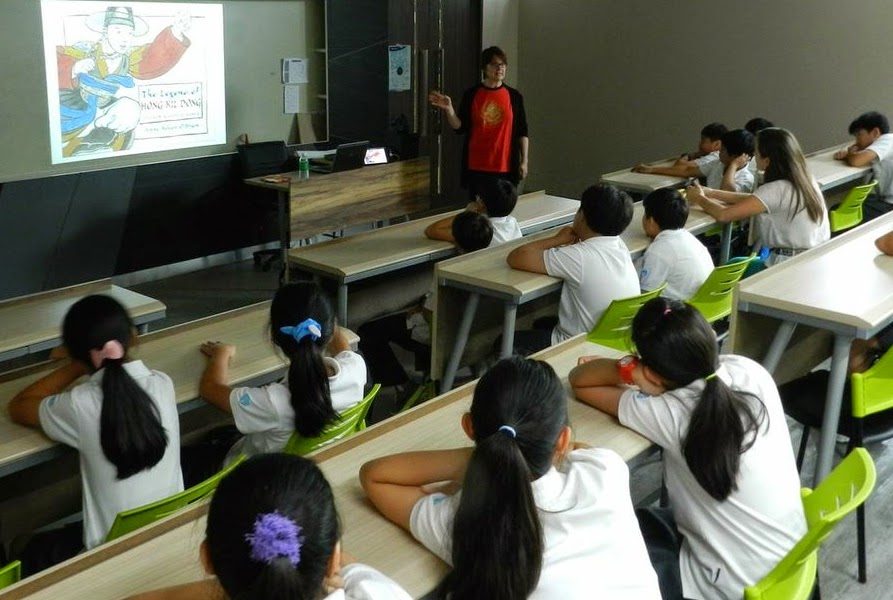 and shared the always popular "Draw an Asian Dragon" exercise. 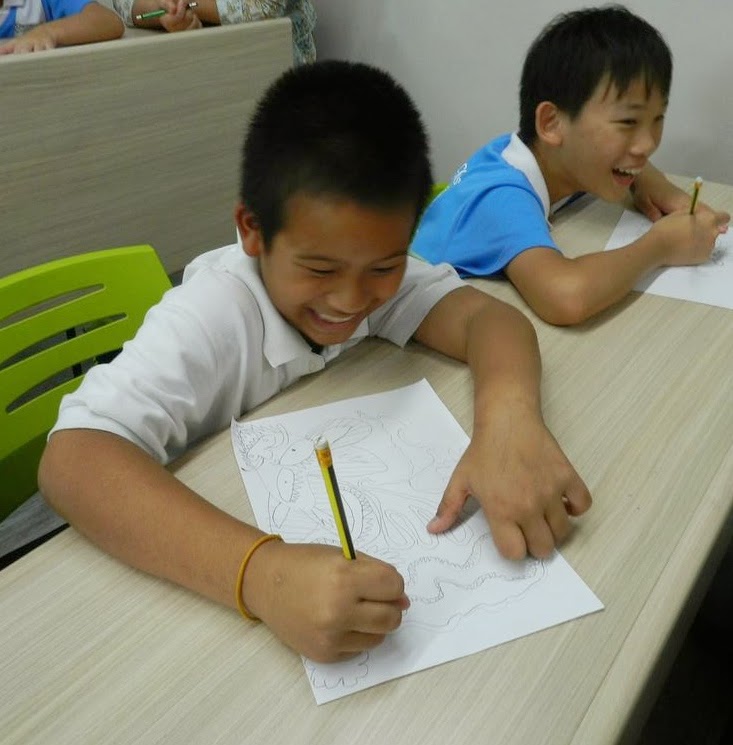 Labels: Africa is Not a Country, After Gandhi, Bangkok, Concordian International School, The Legend of Hong Kil Dong