My most recent trip to Korea gave me an opportunity I'd never had before: I was invited to present one of my books to two different groups of Korean children - in Korean!

The first group was a class of 6th graders from Daejeon on an overnight retreat near Sejong City, run by the Humanity Recovery Movement Council (Huremo) a nonprofit focusing on personal development through the use of journals - called "love diaries" - to "help children think and plan for themselves and make their dreams come true."

I talked about my own childhood dream of becoming an artist, and of how growing up in Korea gave me a vision of the common humanity of all people. Then I shared a little of the process of creating my graphic novel, The Legend of Hong Kil Dong: The Robin Hood of Korea, and some tricks for enhancing the elements of story when composing comics, such as zoom-in (character), zoom-out (setting), and using diagonals to convey a sense of movement. 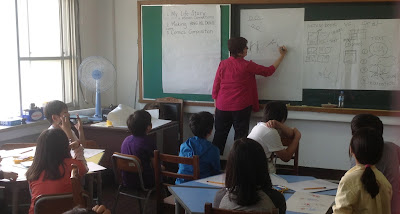 The students then drew rough sketches of a scene from the Hong Kil Dong story, emphasizing character, setting or plot.

Ten days later I met with a smaller group of children, ages 4-12, at the Seoul office of Huremo, as part of a camera shoot with Arirang TV (more about this in my next post). I told them about my childhood in Korea, and a little about the book. Then we drew dragons together. 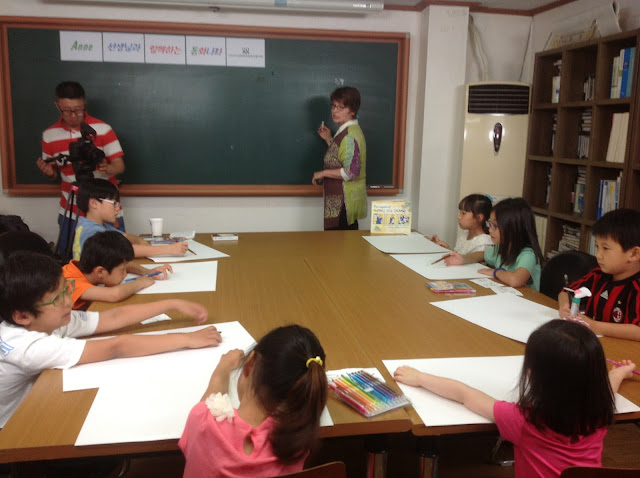 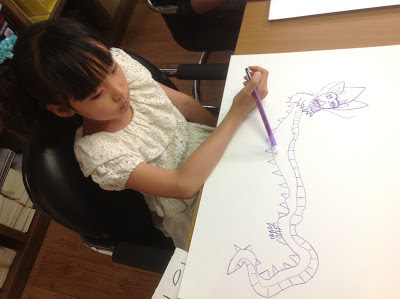 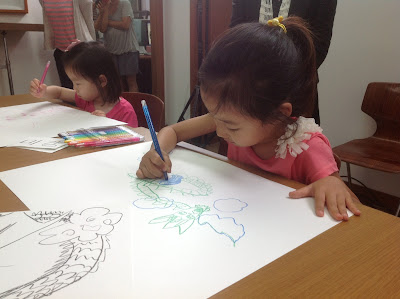 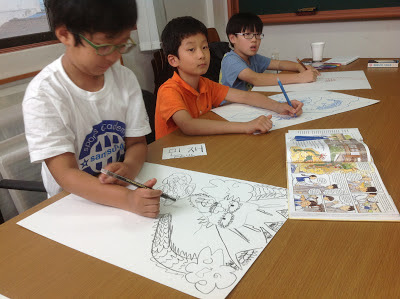 What a sweet treat to spend time with such a small group of kids! 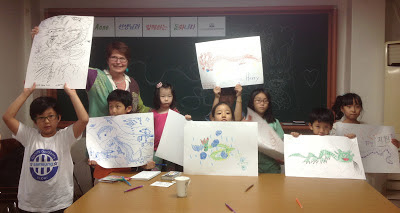