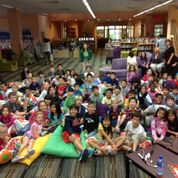 In October, I spent two delightful weeks at Shanghai American School. The school has two campuses, one to the west (Puxi), one to the east (Pudong) of downtown Shanghai, and an international student body of 3200! (I was told that it's also the largest employer of expats in China.)

I connected with SAS through my sister-in-law's brother, Jonathan Borden, who is the current high school principal at the Pudong campus, and his wife, Soon-ok, who teaches kindergarten. (We all worked together on Koje Island in Korea in 1975.) 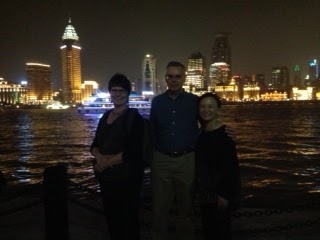 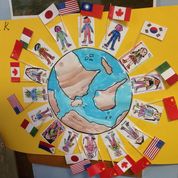 Soon-ok's class, like the entire student body, comes from all over the world. 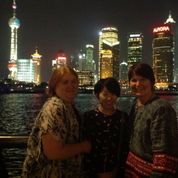 Jonathan shared my books with librarian Barbara Boyer (here, with me and staff member Ruby, on the Bund, with some of the world's tallest buildings behind us), who invited me to SAS. 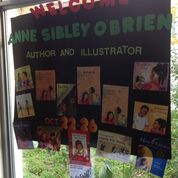 The extraordinary team of librarians had planned a full schedule of presentations, from pre-K to high school Art, focusing on about a dozen of my titles. 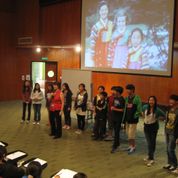 I had fun surprising the Korean-American students by introducing myself in Korean. 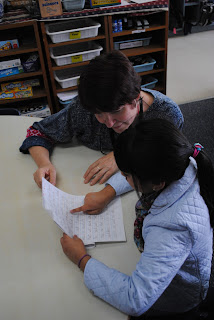 There was even time for sharing writing and reading with individual students - so sweet. 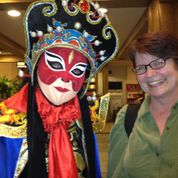 Most of my time was spent in the international school community, but I was taken on a few forays into the city, where I ate some fabulous meals - soup dumplings!, Szechuan, Yunnan, Thai, Japanese; explored local markets; met new acquaintances ...


and got a glimpse of the extraordinary contrast between people's lives at different ends of the economic spectrum. 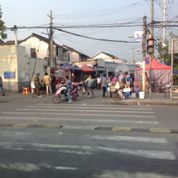 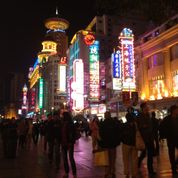 It was amazing to travel to China, retracing a journey my great-grandparents made one hundred and twenty-one years ago. I can't wait to go back! 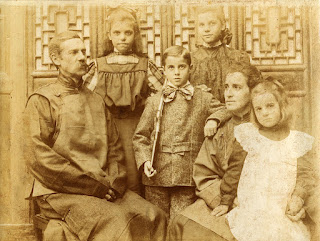 My grandfather, H. Norman Sibley, as a boy (center), with his parents and sisters, in China, around 1905.
Posted by Anne Sibley O'Brien at 5:32 PM

Thanks for sharing this amazing trip!

thanks for sharing this amazing trip with us!